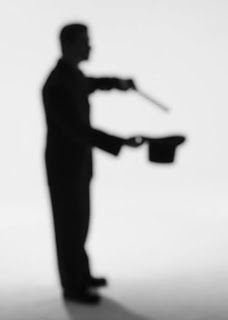 If you missed my past ramblings, here is Part One, Part Two, and Part Three.

Part Four: Tricks of the Trade (And no, I’m not a magician.)

When I first started staying home with my kiddos, I couldn’t cook. Not a lick. My idea of a gourmet meal was the frozen orange chicken from Costco with Minute Rice and frozen broccoli. But now, I’d rank myself with the best frugal cook I ever knew – my Grandma Rich.

My transition from “make-it-from-a-box-mom” to “keeping-up-with-my-farmwife-Grandma” took some time, some mistakes, and realizing that modern technology can make most of us good cooks. (Bless the woman from Little House on the Prairie – not sure how they functioned without a food processor.)

This last post is a list of tips I’ve learned over the years. Some tricks might be new, some might be old, but hopefully they will help you save some dollars in the kitchen.

Tip #1: Get the Right Set of Tools
My husband is a contractor and he owns a dozen different saws. The reason? They make him more efficient and less frustrated. Sure they all cut, but they cut different things a different way.

Think of your kitchen the same way. Let yourself own tools that help you cut things, mix things, and chop things. Sure, you could probably do the same job with a paring knife from the Dollar Store (and you were on Survivor) – but you will be inefficient and frustrated. And those two qualities make cooking NOT FUN.

Tip #2: Get some Inspiration
I love allrecipes.com, but the site only works if I know what I want to cook (ie. French Onion Soup) or have a hodge-podge of ingredients that I want to MacGyver together. To find inspiration, I look in my set of “standard” cookbooks. To me a standard cookbook is one where 90% of the recipes are gonna be good and have ingredients I can buy at Walmart. My favorite standard cookbooks are ANY Junior League cookbook like this one or this one from Paula Deen. I’ve never made anything out any of these cookbooks that I didn’t enjoy.

Tip #3: Tender is Good
A good marinade can make a less than stellar piece of meat turn into a crowd pleaser. This week I took stew meat, marinaded it, and used it for kabobs. How long did I marinade it? Three days. But, it was juicy and tender and Family loved it.

A marinade is a tenderizer and flavor enhancer. It is usually a mix of an acid, an emollient, and spices. Examples of acids are vinegar, cooking sherry, or wine (my favorite). Examples of emollients are oils or the fat on a particular cut of meat. For more details on the inner-workings of marinades – go here.

Bottom line – find some good homemade marinades and don’t be afraid to marinate poorer cuts of meat for a couple of days. If you want a few good basic marinades, shoot me an email, I’d love to share.

Tip #4: Save Scratch, Make From Scratch
Let me say – there is a time and place for store-bought mixes (especially if they are almost free). But, if you think about it, the cost of flour, sugar, and baking soda is a fraction compared store-bought mixes or pre-made items. And 9 times out of 10, scratch items taste better too.

Sometimes our time (or skill) is an issue. I’ll admit – I’m not a bread maker. The whole kneading thing annoys me. But I have a bread machine. And it is like manna from heaven since it does all the kneading for me. All I have to do is pull out the dough when it beeps. How easy is that? Also, there are several “no-knead” recipes for bread – here’s my favorite Peasant Bread.

Tip #5: Cash is King
I only take cash to shop for groceries. This is the last, but my #1 tip to cutting your costs. When I started taking cash to the store instead of my rewards credit card, I cut my grocery bill by 50% over pre-couponing. The reason – I stopped the “extra” or “around” purchases.

I was notorious for going over budget by 5 to 10 bucks every week. It doesn’t seem like a lot – but it adds up. Take 10 bucks times five weeks and that’s $50.

Cash makes you disciplined. If I only have $75 bucks in my wallet – I can only spend $75. Does it take some time to get used to? Absolutely. But would I go back to the old way? Never.

What about you? What is your tip of saving extra dollars in the kitchen? Let us know. Would love to hear about some out of the box ideas.