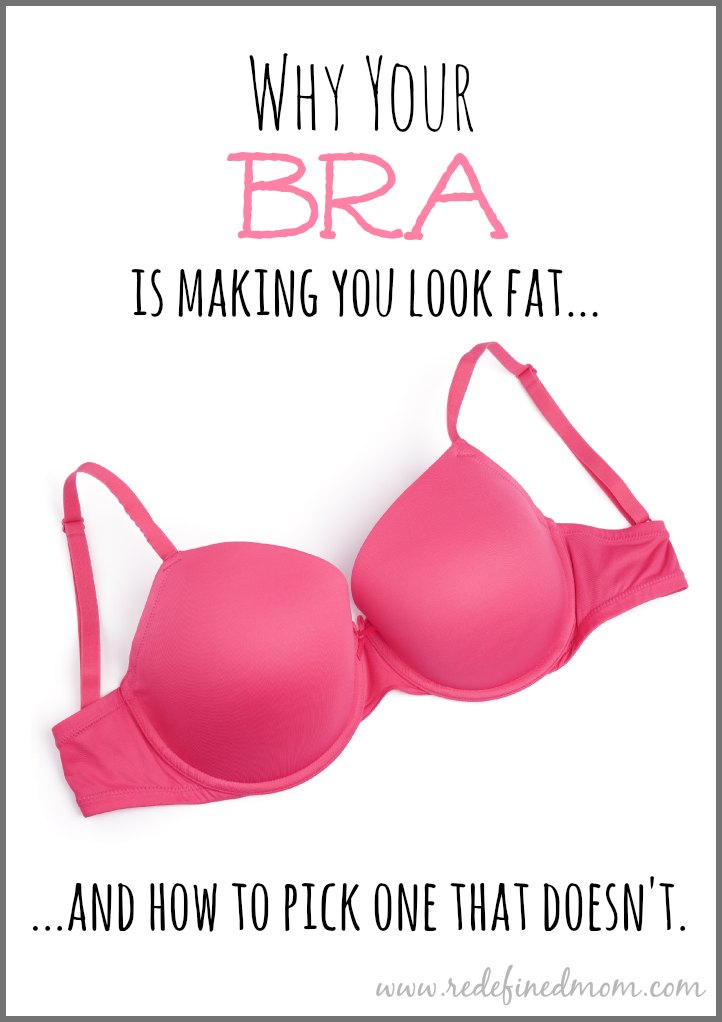 “No you aren’t. Why are you saying that?”

“I can’t fit into any shirts. I’ve tried on at least 15 shirts. I refuse to wear a large. All the buttons are gaping or it’s too tight around the chest.”

And while I could have said, “No, you aren’t. Or I’m sorry. Or try another store.” I said something that might surprise you…

I’ve had the above conversation with at least 15 of my friends over the last five years. All of them, every single one, complained that they couldn’t wear cute shirts anymore because they were too fat and the shirts were cut to small.

(And by too small, I mean gaping buttons, too tight in the chest, looks like trying to put 10 lb of flour in a 5 lb sack kind of look.)

This, my friends, is a lie. You can wear cute shirts! It isn’t the shirts that are making you look fat, it’s your bra!

(Yes, I said, boobs. I’ll probably say it again before this post is done. Because when you hit 40, they are no longer breasts. Breasts are cute and perky. These are boobs. Boobs that attracted men in our 20s, doubled in size while we were pregnant and nursed our kiddos in our 30s, and sag like a mo-fo in our 40s and 50s. And I don’t want to think about my boobs in my 60s…so I’m not going there.)

So out with the old and in with the new, here are some tips so you don’t choose an ill fitting bra.

1. Think of your bra like a house. And think of your boobs like inhabitants. You need to make sure all of your inhabitants can fit into the house. If your boobs are trying to escape their bra, you are creating unnecessary fat rolls. Quit trying to live in an apartment, when you belong in a McMansion.

3. Pick the right bra for your boobs. I was a 36 D in high school and college. The last time I was measured, I was still a 36 D. Do you think my 40 year old boobs are the same as my 20 year old boobs? I need full coverage. I need underwire. I need lots of padding. The day of the demi-cup is past…and that’s okay.

4. Get help. If you haven’t been fitted for a bra in a long time, then go to the professionals. Nordstrom has an awesome department with professionally trained attendants. It’s also important to pick the right attendant to help you out. Asking Chelsea and her 20 year old boobs for the best “support bra” is asking for trouble because she probably doesn’t even wear a bra. Asking Dorothy for a “support bra” is a better idea. And likewise, if you are looking for a sexy bra, I’d ask Chelsea and not Dorothy.

5. Embrace The Investment. A good bra is an investment. You may feel guilty about spending this much, but let me put it into perspective. If you come home and told your spouse, “Babe, I just spend $150 at Victoria’s Secret.” the reaction will be very different than “Babe, I just spent $150 at Crate & Barrel.” For the first, he will ask for a fashion show. The second, he will ask why you need another lamp.

So why do I say that a good bra will make you look 10 lbs lighter?

Are you wearing an ill fitting bra (right now) that need to be thrown away? When was the last time you bought a new bra?